The store will not work correctly in the case when cookies are disabled.
Menu
Account
Quick Links

The history of our company spans more than 125 years taking in four generations of the Hudson family. It's a story of success, failure, fires, and unexplained deaths. But then nothing goes to plan.

1890
Our story began in London’s East End. From the centre of the capital’s household ironmongery and furniture fittings industry, William Hudson pinpointed the potential to distribute cornice poles and curtain fittings. His instinct paid off with a burgeoning product range as well as starting a small manufacturing facility. Over the years the warehouse expanded opening branches in Glasgow, Bristol and the port city of Liverpool. The name W.A.Hudson become synonymous in the trade with furnishing ironmongery. But tragedy was not far around the corner. In 1930, William died at sea in the West Indies and his sons Reg and Leslie were left to take the reins. (Reg's eldest son, Peter, then succeeded in the business.)

1939
The market had developed and required steel curtain rails so William’s youngest son Leslie set up Wood & Metal Industries with a factory in nearby Leyton. Before it got fully under way the factory was confined to War work. After the War whilst supplying the main company with curtain rails, it was a new innovation that made the name of the Seymour Road company. Britain became a nation obsessed with television and the Seymour Television Table was an immediate hit for both the domestic market and continental Europe. With Leslie’s son Neville already on board the burgeoning family business went from strength to strength.

1964
Newly installed in Silvertown the company diverted its attention from the living room to the bedroom, convinced that televisions were destined to be wall mounted! Pacta was a flat packed clothes wardrobe, which included a large plastic tray for storing clothes. Having launched the product at the important Ideal Home Exhibition in Olympia, Pacta’s future looked assured. However, national economic troubles were looming. The 1967 Government Budget brought in new legislation changing the traditional weekly payment system for expensive consumer products. The need for a significant up-front deposit decimated the entire market. Orders collapsed overnight and so inevitably did the company.

With little more than the fixtures and fittings from the now defunct Silvertown factory Leslie and Neville were forced to begin again. Initially based at Arkley Road, they moved to Church Road, Leyton in their new incarnation of Gratnells (a play on the three sons’ names on 9th August 1971). The new focus was schools and in particular science after a curriculum change demanded students conduct their own experiments. There was instantly a greater need for equipment storage.

1971
With the development of the education curriculum to incorporate the Nuffield Science Project courses and equipment a way for schools tor store equipment was needed. Using the Pacta tray from the wardrobe, the pair devised a system allowing trays and shelves to be fitted within a slotted square tube frame. With the slotting process globally patented, the prototype adjustable system was unveiled to acclaim on New Year’s Day 1971 at the annual conference of the Association for Science Education. 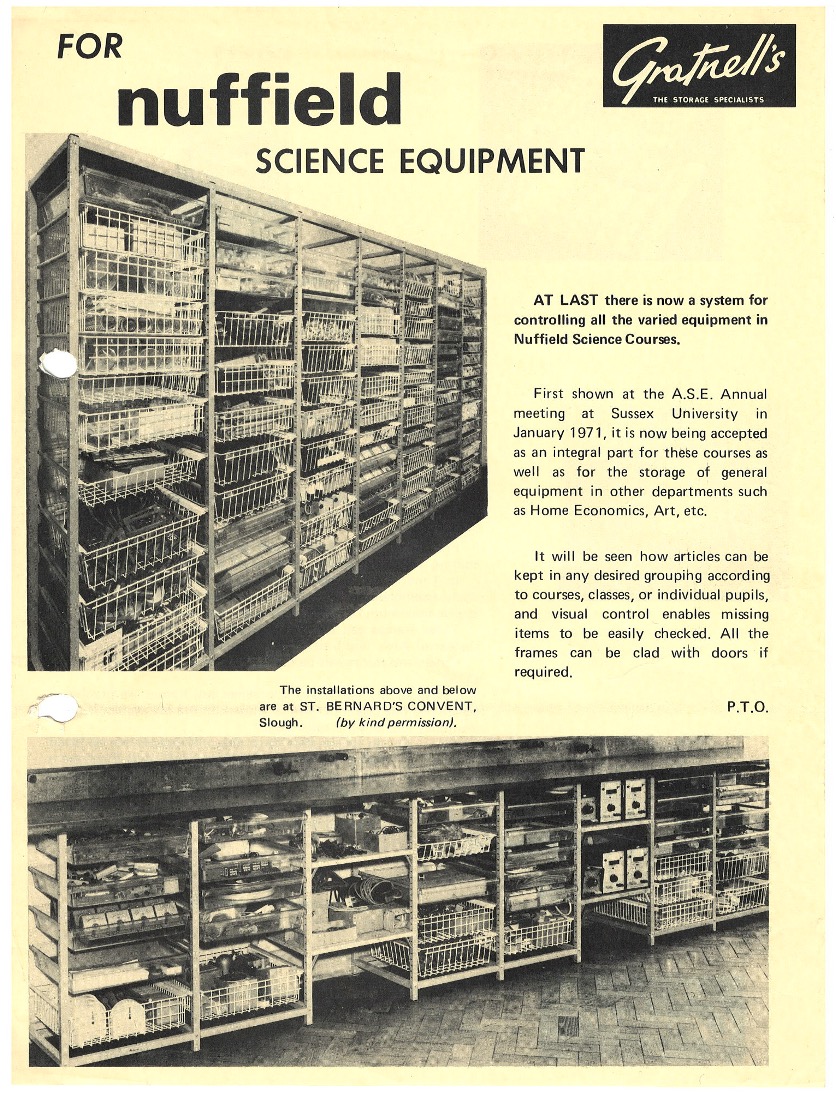 1985
British schools were now standardising their furniture sizes and a tray smaller than the Pacta one was needed. And with stiff market competition Gratnells also had to be able to make its own trays. With no experience in plastics manufacture, the cost of an injection moulding machine demanded a daunting commitment. The purchase was made, enabling the introduction of the smaller tray into the range and the first steps to Gratnells’ position of leading school tray manufacturer were taken.
Almost 100 years after William Hudson began, the original company was sold and Gratnells was the sole company owned and run by the Hudson family.

1992
Further design improvements led to the now familiar tray models. Two – the shallow and the deep – were quickly identifiable in schools throughout the UK. And in 1992, the trays were recognised for their outstanding design with a silver award from Worlddidac, the influential international education body. The goal was now to take the tray worldwide, and the growth of the export business necessitated a move to larger premises in Eley Road, Edmonton. Two additional injection moulding machines ensured 24 hour production.

Murray, Neville’s eldest son, joined from the BBC. The international education world was captivated by the Gratnells tray. First Europe succumbed, then America, Australia and the Far East. Fulfilling the needs of teachers worldwide meant that Gratnells needed still larger premises and the present Harlow site was discovered and turned into a high tech manufacturing site. The tray range was expanded to four heights with a lid and a large range of inserts. Gratnells now exports to 68 countries. In 2009 GratStack® storage was supplied to more than 2000 schools in Kazahkstan for a major science teaching project. Today, Gratnells continues to grow and remains the world’s leading brand in tray storage. As market needs have changed, Gratnells has responded with innovative, functional and reliable products that reflect the quality of a company with an amazing history. In 2011 we added an extension to our spray line to provide more frame colours and bought a brand new Sandretto injection moulding machine. In 2012 a new quadrant tray and cubby tray were launched for yet more applications.

In April 2012 Murray Hudson succeeded his father as Managing Director of Gratnells. Neville left the board in October 2013. Murray was the Chairman of the British Furniture Manufacturer Group at BESA from 2012-2016 and currently sits on their management committee.

In 2014 we launched our new SmartCase which makes storage on the go easy. We also developed and launched our new Callero range for Primary Education which was rolled out through 2015. These along with a Jumbo tray for the N range and a special underdesk tray called the S1 means Gratnells continues to supply the market with what it needs.

After nearly fifty years of manually slotting square tube Gratnells made the massive leap forward to using laser technology. Now tube of any size and material can now be cut using an BLM LT5 Laser cutting machine - the most advanced tube laser cutting machine in the world. Gratnells was the first company in the UK to invest in this machine and is now able to contract cut tube for customers. We welcome enquires so please check out our new website http://gratnellslasercutting.com/.  Taking advantage of government investment in the solar industry Gratnells installed energy generating panels on a large section of factory roof.

With innovation at the heart of Gratnells, 2016 saw the launch of Gratnells Stage, Gratnells PowerTray and PowerTrolley. The company held its first school environment conference in Dubai and took on new staff to oversee the international expansion of the company. In February 2016 our longest serving employee, John Terry, completed his 40th year with Gratnells - the celebratory team photo is here on the right. In November 2016 Gratnells took delivery of injection moulding machine number 11  - a 600 tonne Romi. It offers yet more flexibility in our manufacturing.  We were also delighted to welcome Robert Halfon, our local MP and Minister for of State for Higher Education, Skills, Apprenticeships and Careers, on a factory visit.

2017 gets of to a bright start with the launch of new products.  We introduce the new Gratnells Rover and some new Callero variations at trade shows in January and February and have other new products in development. We meet HRH Prince Andrew at the BETT show in January (pictured right). We're continuting to develop our Learning Rooms project and developing new overseas markets for Gratnells ongoing export expansion. Gratnells joins the government's Great British Classroom campaign with a trade mission with Qatar.

In October we are relaunching our American business with a new office and warehouse to supply cistomers directly . Sir Ken Robinson has agreed to speak at the EdSpaces conference in Kansas on Oct 25th.

Our factory equipment is updated with another state of the art laser cutting machine which allows us increased capacity and flexibilty. We launch our injection moulding and powder coating divisions offering high end fast services to customers. We continue to focus on our USA business as well as other international market opportunities. New products include a revised Powertray, and a budget range of school storage. For the first time sales internationally exceeded sales in the UK. In November we will be presenting acclaimed author Michael Horn at EdSpaces in Tampa, Florida, and attending the important Wolrddidac Exhibition in Switzerland.

We were delighted to be awarded the prestigious Manufacturing Guild Mark from The Furniture Makers’ Company after successfully passing the rigorous independent audit. This helped us finalise our ISO 9001:2015 certification in the summer. The company also invested to new robot welders and Fronious technology. The Managing Director, Murray Hudson, published a leading book on the impact of school design called Planning Learning Spaces which is available on Amazon and leading book stores. Sadly in September Peter Mayo the company Finance Director died suddenly while cycling locally. Peter was much loved and had been with the company for 30 years. He will be missed by all.

The factory took delivery of a state of the art bending machine from BLM to help in production, along with new investment in carboard packaging, robot welding and spray line technology. New products included the revolutionary Learnometer, developed with leading classroom environment guru Professor Stephen Heppell. The Learnometer helps teachers maximise the learning environment for pupils. Other new products launched this year included a fantastic tray divider system called SortED and the Callero Shield antimicrobial storage range.  We had the Covid-19 global pandemic to contend with this year but managed to carry on producing and dispatching our products.  We were proud to supply the Nightingale Hospital in London with an express order of 500 medical trolleys.

Further expansion and investment in the company continues apace. We continue to deal with a global pandemic but are still able to carry on manufacturing and delivering our full product range.

Throughout all of our growth over the years, we’ve still remained a family-owned company. Which means we still provide the personal service to our customers that William began over a hundred years ago. Here's to you, William. 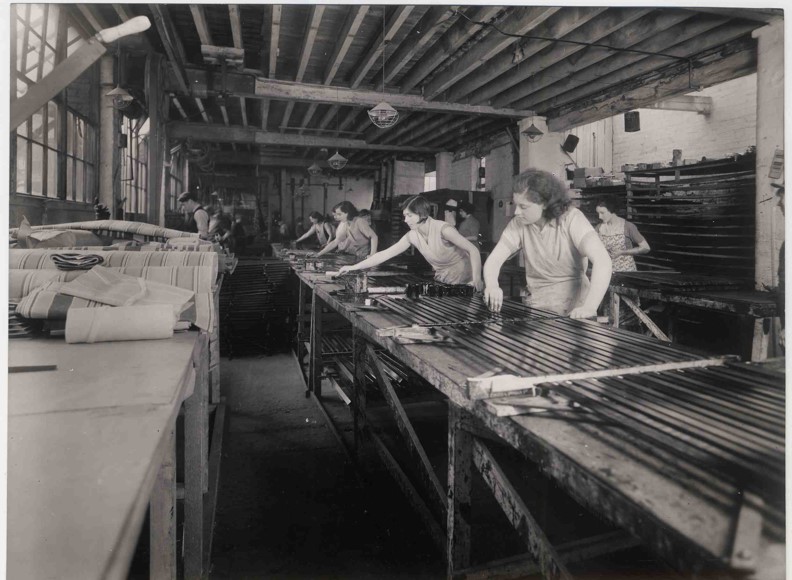 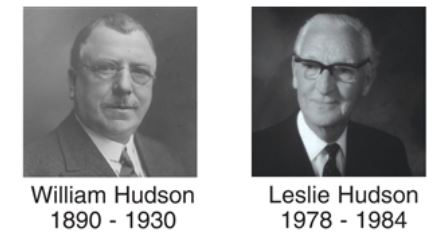 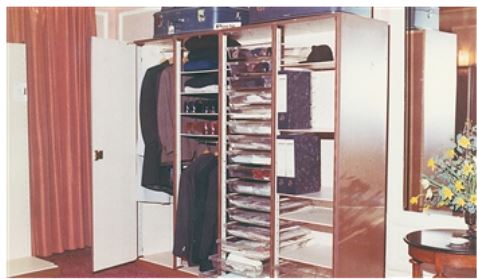 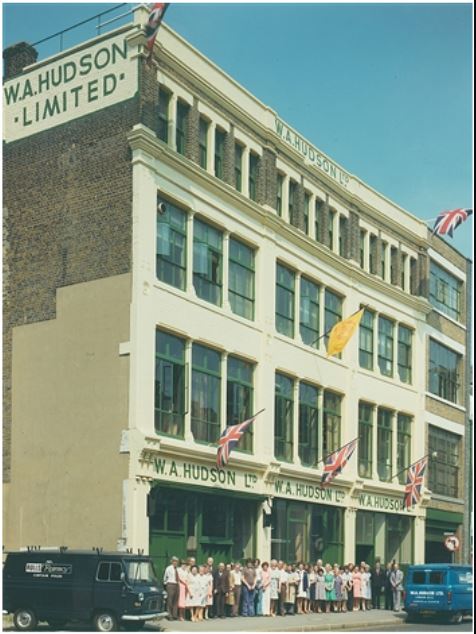 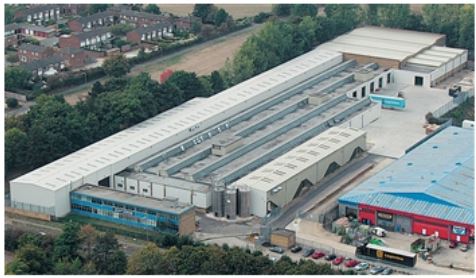 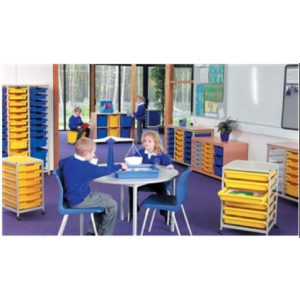 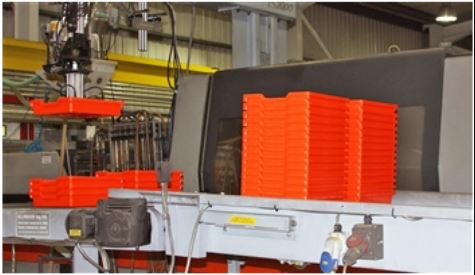 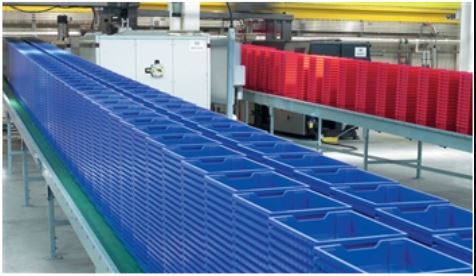 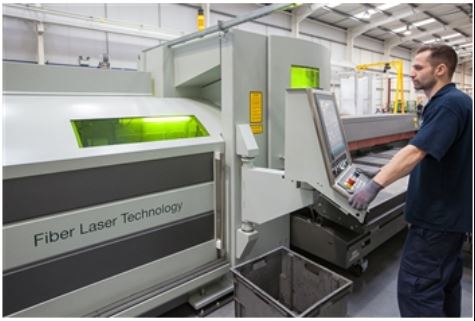 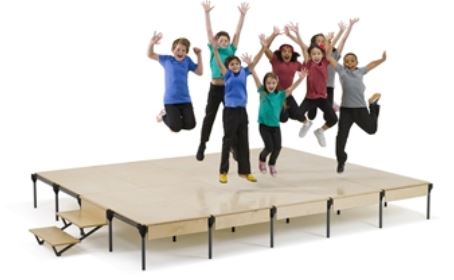 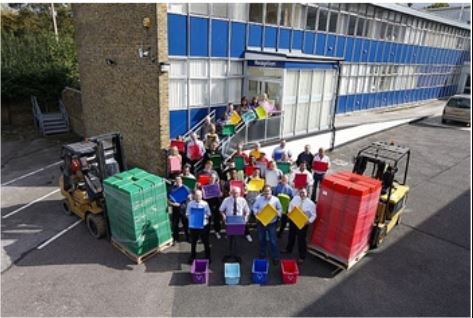 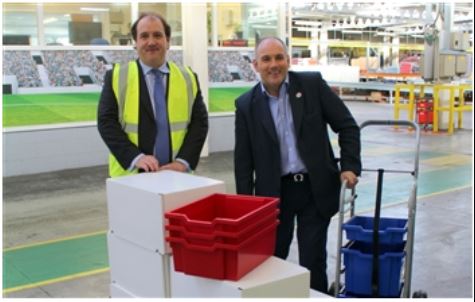 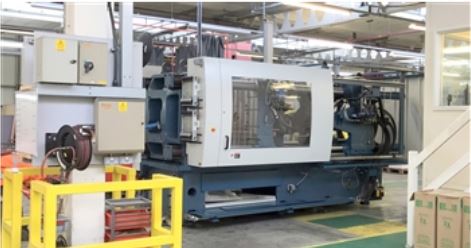